out on the moon

The geothermal area of Krafla behind the Myvátn lake leaves you with the impression that you are out on the moon, all by youself. If there was less gravity, it would surely be even more eery. The mudpots and fumaroles (the steam vents) are special and definitely worth a visit. 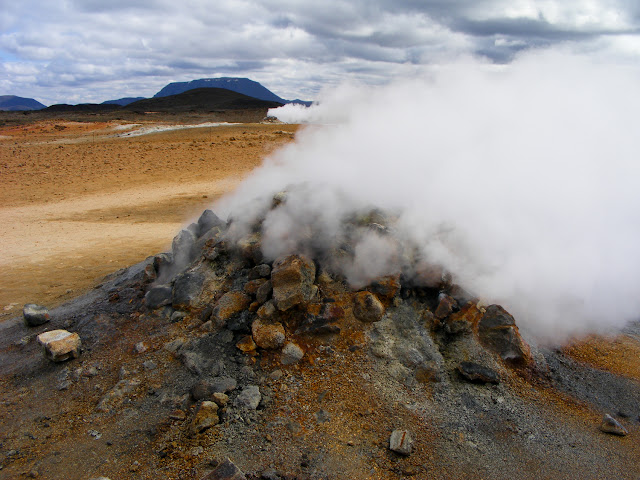 A fumarole venting the steam out with really loud hissing noises. The smell of sulfur is not very strong. Not every volcano smells the same, we found out. 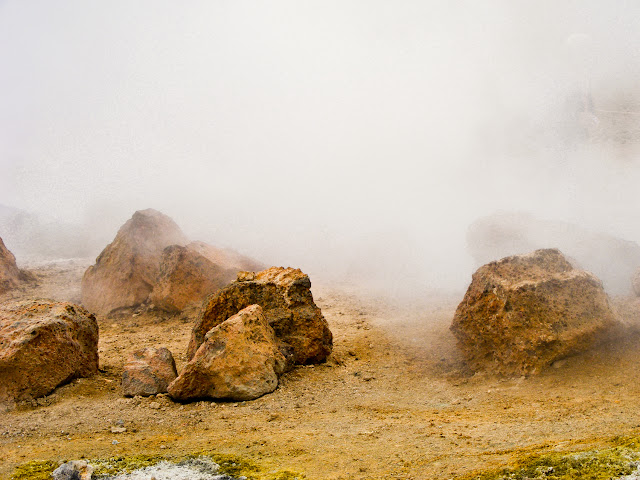 This looks like a lunar scene to me. This spot is close to the ground, downwinds from one of the big fumaroles. The rocks are covered in minerals and sulfur remains and have this unreal yellow orange color. 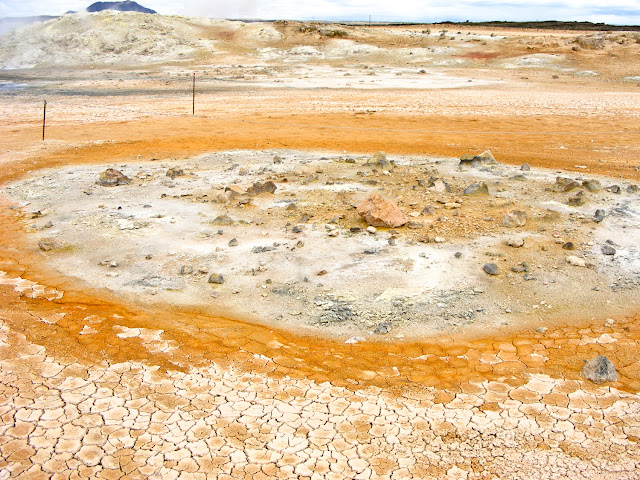 Some time steam comes out from the middle of this spot. The place must not be touched, since the surface could get damaged. The area is not guarded by anyone but there are some lines drawn and some signs posted. 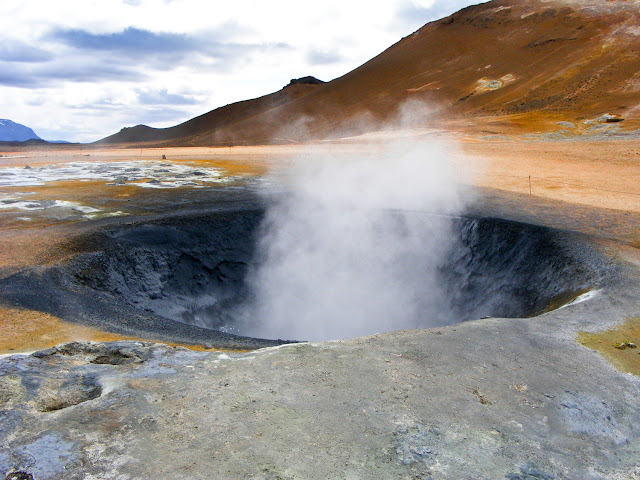 A gigantic, blubbering mudpot. This deep hole sends out steam and bubbles grey hot mud. Like a grey version of tomato soup. 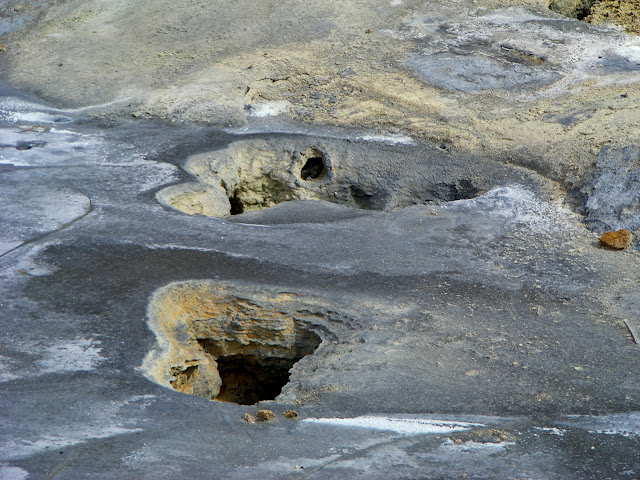 Dry cracks in the soil. This spot must - at some point - have been sending up gas or steam. But it was quiet, when we got there. 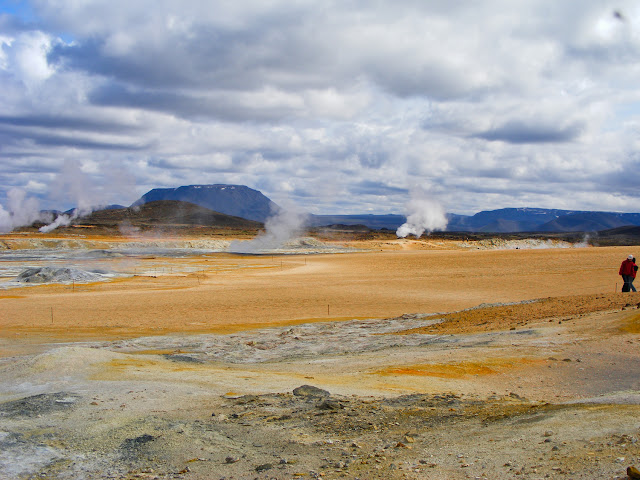 An overview over the area. Without that the people on the side you could get lost in planetary situations. 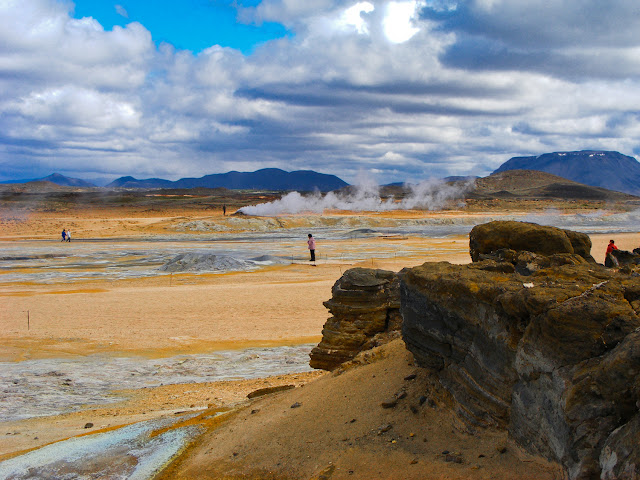 Here, more than ever, I thought of different orbits all together. 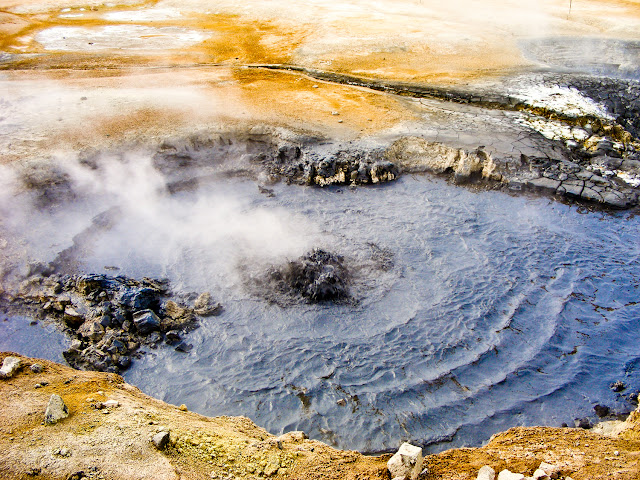 A mudpot that was very liquid but none the less dangerous. Falling into one of those would be the last thing you do - no matter on which  planet. 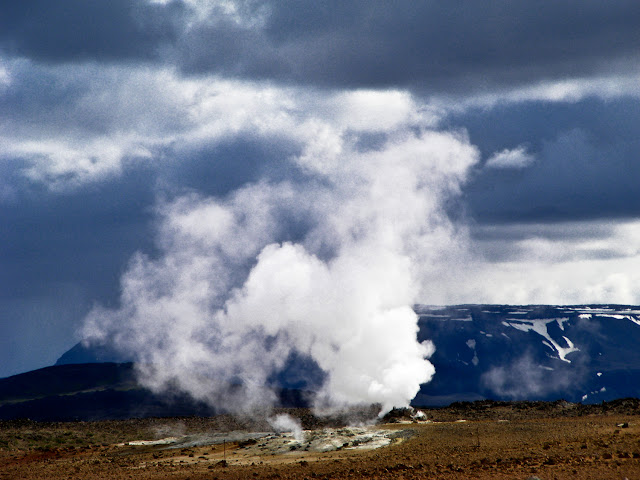 High flying steam infront of a sky promising storms. This place is ever changing. 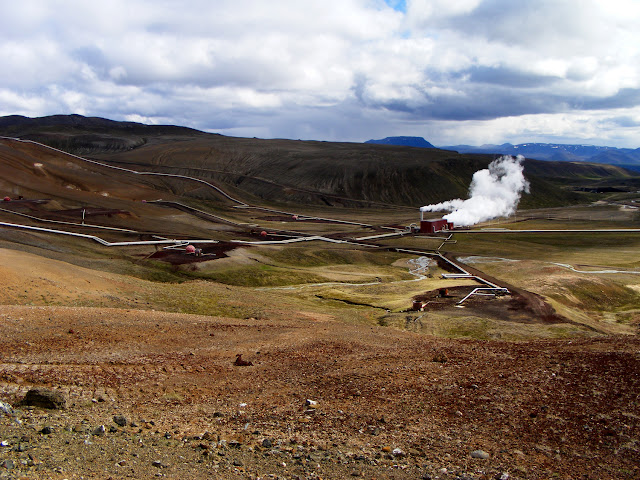 This is seen from a different place in the same valley. The power plant of Krafla is collecting the geothermal powers around the valley and turns them into energy. Iceland is entirely self sufficient with electricity and heating. Electric energy is entirely gathered from geothermal power. Heating is only fuled by other means where absolutely necessary.
Eingestellt von hyperactive um 14:00