In December 2009 we went to the NiX Blues Club in the Netherlands to see a concert by Jason Ricci and New Blood. It is a small locally run blues club. By weird coincidence we ended up on a table near the stage in that bar. And that table was usually taken up by a local couple. We shared the space with them and started to chat. It turned out, he was a photographer. I had not taken my camera to the club because I wasn't sure about the location, the option to keep my gear safe and the possibility to shoot.
He, though, was equipped with two camera bodies and a big supply of lenses. He was working with Nikons. One of them he handed to me and asked me to take the pics with the close range lense.

Well, how is that for a challenge? A camera you don't know, handed to you in the dark, no light up display and no flash light. And a concert rolling just meters before you. I did not do too badly, I guess.

Jason Ricci approves of photo and sound recording in his concerts so I can feel free to publish my results here. 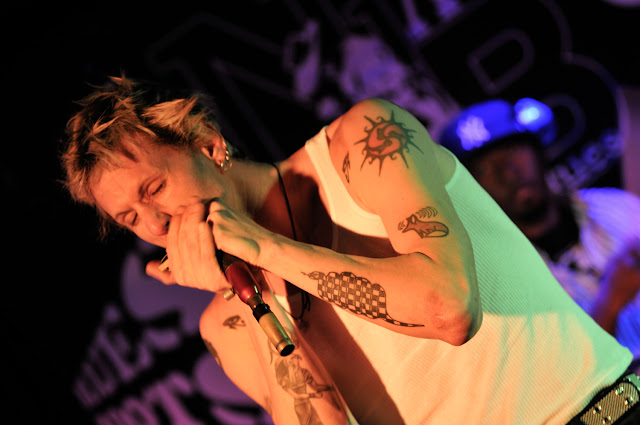 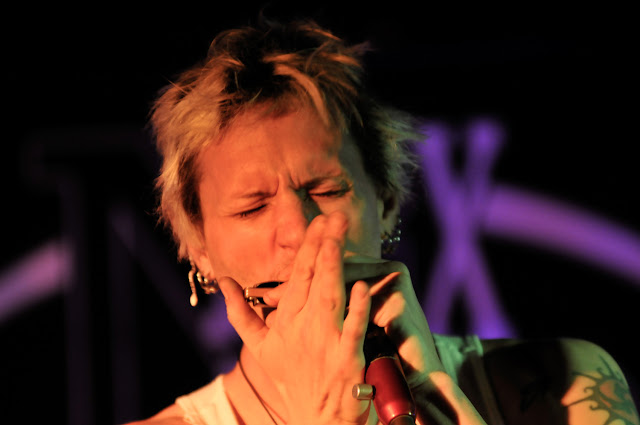 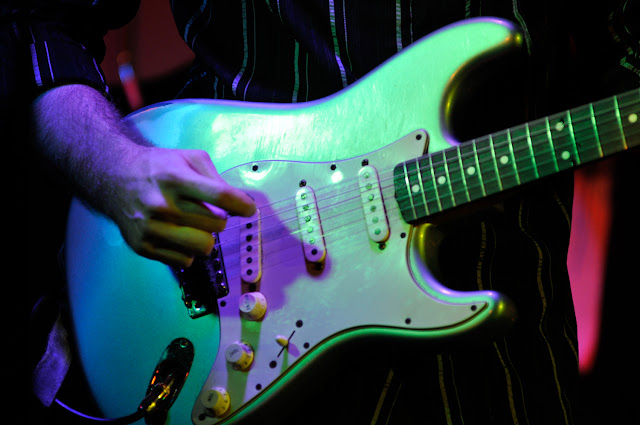 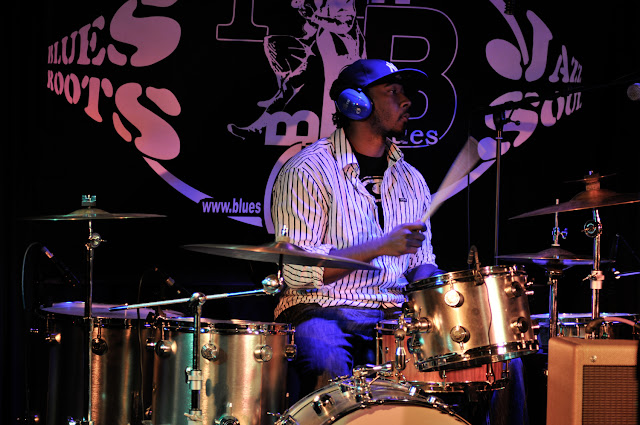 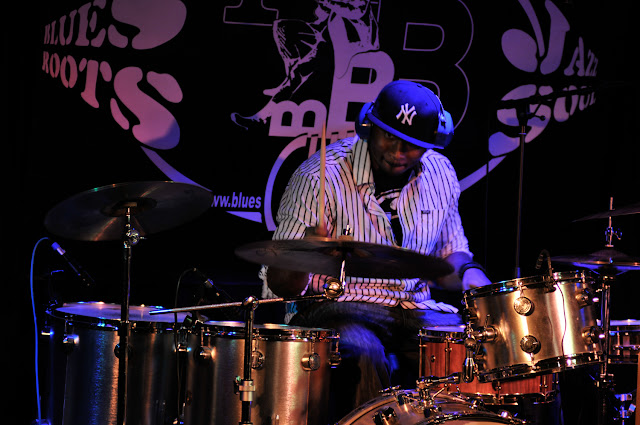 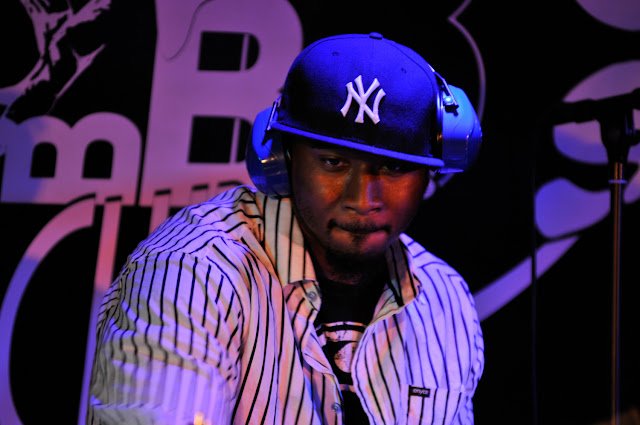 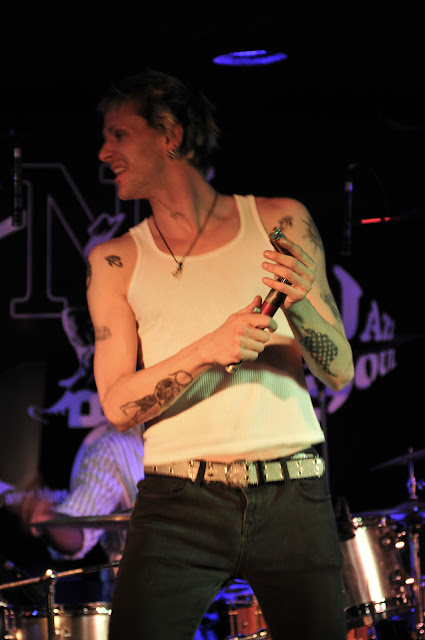